From the Vail Daily 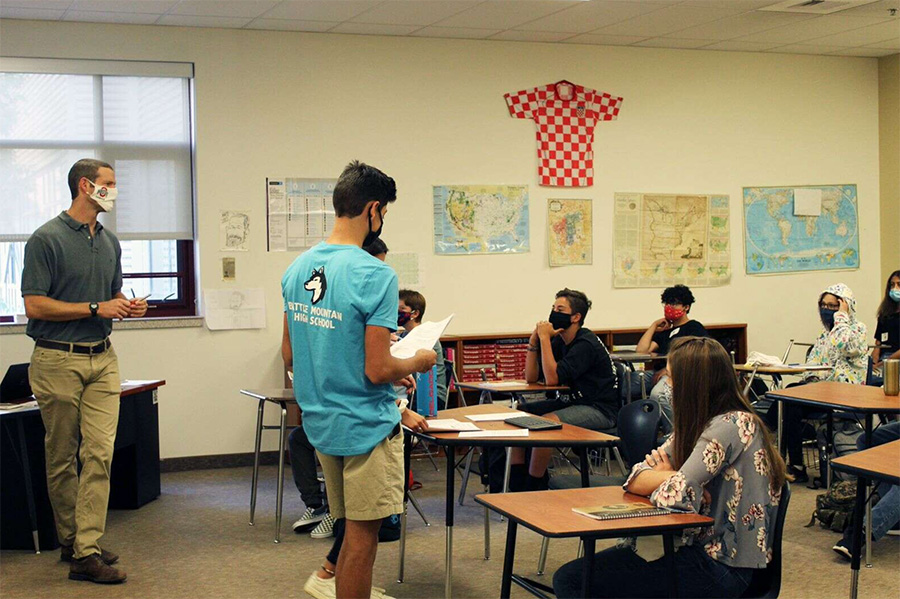 The Education Foundation of Eagle County is currently collecting signatures to get an initiative on the November ballot. As proposed, Initiative 63 would help channel an additional nearly $900 million, without raising taxes, to K-12 schools in Colorado.

On a number of metrics, Colorado consistently ranks at the bottom for K-12 spending across the country. According to Great Education Colorado, which introduced Initiative 63, the state ranks No. 50 in teacher wage competitiveness amid a national teacher shortage; No. 43 in per-pupil spending, with the state spending around $3,000 less than the national average; and has lost out on nearly $10 million in funding since 2009 due to the budget stabilization factor.

“We have not seen in any of our town hall meetings or with our legislators that they are doing much; we’ve watched our governor walk around the state and he’s in campaign mode and he’s able to say, we’ve done this, this and this, but none of what anybody is doing is the big fix that we need,” said Wendy Rimel, president of the Education Foundation of Eagle County’s board who is also a Great Education Colorado board member.

Rimel added that while Initiative 63 is still not this big fix that’s needed, “it’s basically the only thing we have to grab on to.”

Initiative 63 proposes diverting an additional one-third of 1% of taxable income that is already collected to the State Education Fund and removing it from the TABOR surplus calculation. In doing so, around about $896 million would be diverted, meaning that $1 billion in TABOR surplus would still be rebated, according to Great Education Colorado.

The Initiative states that this could create an ongoing funding stream for Pre-K-12 education as well as require additional revenue to be used for “attracting, retaining and compensating teachers and student support professionals.”

“It won’t get us up to the average per pupil spending in the United States, but it closes the gap,” he said.

Plus, it could have an impact on addressing some of the educator challenges that the local district is facing.

“The primary goal of Initiative 63 aligns with our goals of recruiting and retaining staff so it would be a step in the right direction,” Qualman said.

Colorado doesn’t have the best track record with passing education initiatives. Many previous attempts to raise money for public education have been rejected by Colorado voters. However, many considerations have been made to make Initiative 63 more palatable to voters, Rimel said.

“We’re asking for the tiniest little fixes here and there and then people feel like they’re doing something,” she said, adding that specifically having the phrase “without raising taxes” in the ballot language gives it a greater chance to pass.

Qualman added that the initiative’s chance of success is bolstered not only by being “relatively simple to explain to constituents,” but by the growing support for fixing Colorado’s education funding crisis.

“People across the state are starting to understand that there is a major crisis looming for Colorado’s K-12 schools, and that if we don’t competitively fund our schools we will continue to lose quality educators to other states,” Qualman said. “I think this initiative has potential to significantly improve compensation for educators in Colorado.”

However, in order to get Initiative 63 in front of voters for the November 2022 election, initiative backers must collect 125,000 signatures. The Education Foundation of Eagle County has committed to collecting 10,000 of these signatures. While Rimel acknowledged this isn’t the “big fix,” getting Initiative 63 on the ballot should demonstrate that there are groups making an effort to do something, she said.

“We’re not giving up, and EFEC is always working toward a solution,” Rimel said.